When I first started working on Zuit, to make better suits for women, I was coming from the tech world with no background in fashion. I hired fashion consultants in NYC to help develop the product. I work in agile product development where we constantly iterate to improve a product. After paying for my first jacket pattern, we started making a sample and I asked if we could add a pocket. I received an angry response that, “NO, it would not be possible unless I paid for another pattern to be made from scratch.” I asked why? She said it was because the pattern was on paper and it would have to be completely redrawn. This process was completely nuts to me. I took the final printout of my pattern and stopped working with them.

I took the pattern to another suit factory 1000 miles away where my request for a sample sat for months. Every time I called to check on it they would say they are still working on the pattern and setting it up in their system. When it was finally ready I traveled back to them, but the outcome was not pretty. I had to start all over again with a new pattern and a new factory. Thankfully I had already started development with another factory and this time it worked. The suit was beautiful! Zuit began offering custom, made to measure suits for women.

However, the process was complicated. We had to get measurements on-site for each customer and make her a pattern. The pattern alone could take up to five hours to make for one customer. Once the suit was cut and sewn, we did a fitting. There would often be small changes to make after the fitting. These changes would be drawn by pencil back onto the paper pattern. In the end, the suit would fit but the digital file we have for the customer would not match the paper pattern. This was an operational challenge for scaling the business as well as doing quality control. We stopped production several months ago to try to work through these issues.

I was so excited to learn about Seamly2D that I requested a demo on site with the tailor. He couldn’t believe something like this would be free to use. Our goal is to make beautiful suits that fit women of every shape and size. The made to measure suit has traditionally only been available to wealthy men. It is still a painfully slow and expensive process but technology is starting to change that. Fashion entrepreneurs need Seamly2D because it gives us a new level of transparency so we don’t lose so much time and money in product development. We need to be as free as an agile software developer to prototype and improve our product.

The Seamly2D application is making great progress on Github but to my knowledge it is not quite ready for us to use in production. I hope that more developers learn about it, contribute to the code and get excited about the greater impact it will have. The margins are slim for a company not ordering volume and most of the volume orders are now made overseas. Women are used to buying cheap, mass produced suits but there is a movement in fashion (#slowfashion) to ask why are some of our clothes so cheap? I am not trying to compete with a cheap, unstructured, made overseas by underpaid workers, polyester suit in a “standard” size. I am trying to compete to make the best woman’s suit and Seamly2D has the potential to help us scale. I only wish it was available four years ago! 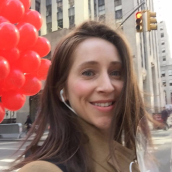 Megan Rhinehart is the founder of Zuit. She started Zuit in Atlanta, Georgia in 2013 and is now working on relaunching Zuit in New York. She is also a Senior Product Manager with a focus on the native application experience.